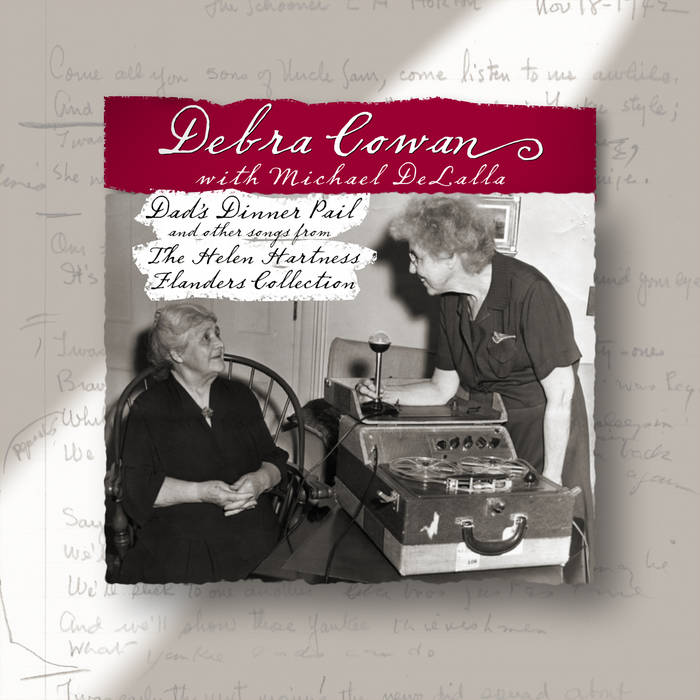 I chose this song from Mrs. Scott because she lived in Westborough, MA, a town I lived in from 1999-2004. Until now, I was not familiar with the song, and as I got to know it, I found this to be an interesting story of how harmful pride can be.

Young Charlotte lived by the mountainside, in a lone and dreary spot spot
No dwelling there for five miles 'round, except her father's cot
Yet on many a winter's night, young swains would gather there
For her father kept a social board and she was very fair

Her father loved to see her dressed, fine as a city belle
For she was the only child he had and he loved his daughter well
'Twas New Year's Eve, the sun went down, wild looked her anxious eye
Along the frosty window pane to see the sleighs pass by

At the village inn, fifteen miles round, there's a merry ball tonight
The air is freezing cold above, but the hearts are warm and light
And While she looked with longing eyes, then a well known voice she hears
And dashing up to the cottage door, young Charlie's sleigh appears

Her mother says, “My daughter dear, this blanket round you fold
For it is a dreadful night abroad you'll take your death of cold"
"Oh no! Oh no!" young Charlotte said and she laughed like a gypsy queen:
"For to ride in blankets muffled up, I never could be seen"

My silken cloak is quite enough, 'T is lined you know, throughout,
And then I have a silken scarf, to tie my face about"
Her gloves and bonnet being on, she jumped into the sleigh
And away they ride o'er the mountainside and o'er the hills away

There merry music in the bells, as o'er the hills they go
What a creaking rake the runners make, as they bite the frozen snow
Then o'er the hills and faster o'er, and by the cold starlight
When Charles in these frozen words, at last the silence broke

Such a night as this I never knew, the reins I scarce can hold
When Charlotte, shivering, faintly said, "I am exceedingly cold"
He cracked his whip and urged his team, more swiftly than before
Until five other dreary mile, in silence were passed o'er

"O see," said Charles, "How fast the frost is gathering on my brow"
when Charlotte in a feeble voice said, "I am growing warmer now"
And on they ride through the frosty air and the glittering cold starlight
Until at last the village inn, and ballroom are in sight

They reached the inn and Charles jumped out and held his arms to her
"Why sit you like a monument, without the power to stir?"
He called her once, he called her twice, she answered not a word
He called her by her name again, but still she never stirred

He took her hand in his, O God, 'twas cold and hard as stone
He tore the mantle from her brow and on her the cold stars shone,
And then into the lighted hall, her lifeless fore he bore
For Charlotte was a frozen corpse and words spoke never more

He sat himself down by her side and the bitter tears did flow
And he said, "My young intended bride, I nevermore shall know"
He threw his arms around her neck and kissed her marble brow
And his thoughts went back to where she said, "I'm growing warmer now"

He bore her out into the sleigh and with her he drove home
And when he reached the cottage door, oh how her parents mourned
They mourned the loss of their daughter, dear, while Charles mourned o'er their gloom
Until with grief his heart did break and they slumber in one To